As I was sitting on the back steps last night listening to the cicadas and enjoying a moment of peace, I was reminded of the summer nights I spent as a kid, running wild and playing with my friends. 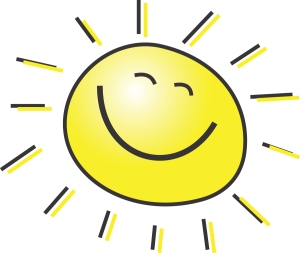 Summers in Iowa were a lot like this year, stifling heat, but much more humid.

We didn’t have the air conditioning to cool us off, so we did our best to catch a breeze when we could, or spent the day at the cement wading pool at Bever Park. If I was really lucky, my mom would give me a dime to buy a popsicle from the concession stand, and I would try to eat it fast, before the juice ran down my arm.

Nights were spent playing hide-and-seek, ghost graveyard, or seven steps around the house. There was no reason to be in the hot house; we only had four channels on our TV and no computers or video games. We stayed outside until the very last moment when we had to come in. We would reluctantly trudge into the house, take a cool bath, and lie on our beds, suffering in the heat.

All the windows in the house would be open and I’d fall asleep to the orchestra of the animals at Bever Park; the soft roar of the lion and the call of the peacocks, coming together in a chorus.

It’s been a long time since I’ve played ghost graveyard, but every once in a while, when the cicadas play just the right song, when dusk is just beginning to glow with a soft purplish light, and the heat of the day begins to wane just a bit, I remember when all I had to worry about was being a kid.

And I miss it, just a little bit.