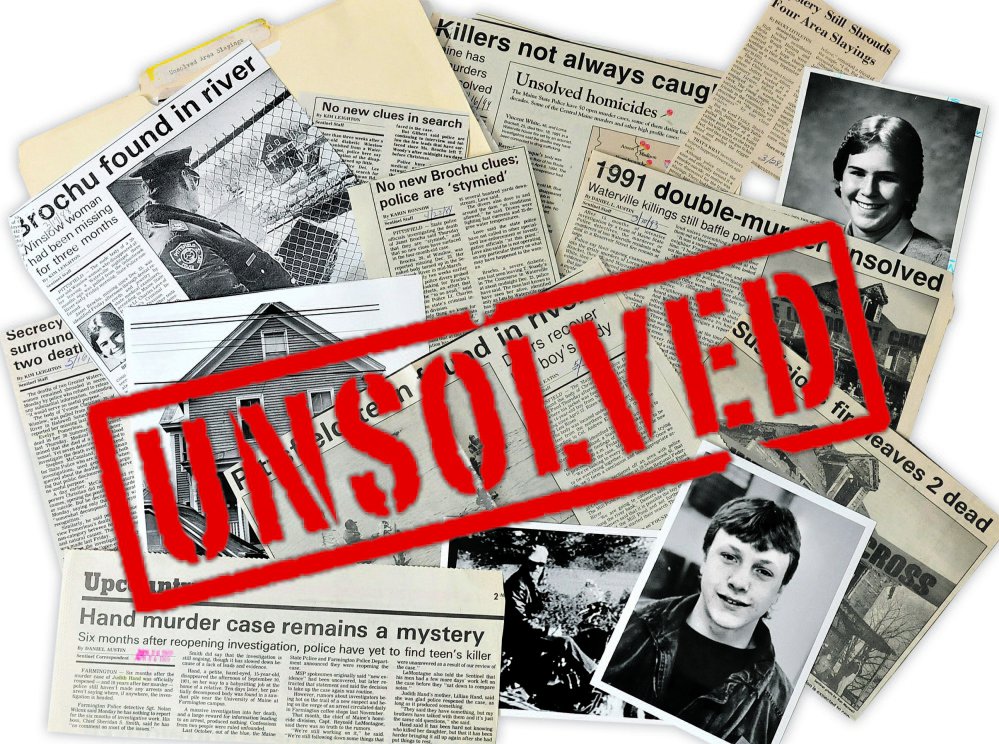 Matt Pusateri seemed like a nice kid. He was tall, and had nice eyes, black wavy hair, and shoulders so broad they belonged on a man, not a 13-year-old kid. Matt and I went to school together at Johnson Elementary and McKinley Junior High, and Washington High  schools.

What I remember most about Matt is his shyness. He hardly said two words to me while we were in school together. The only time he did speak was because we were in a group for an assignment, and I asked him a few questions about what we were doing.

I sometimes passed him walking to and from school, his eyes focused on the ground as he moved onto the grass to let me have the sidewalk.

Matt was murdered in 1988, 7 years after graduating from Washington High School. A driver for Yellow Cab, Matt was shot in the head while sitting in his cab about 3 a.m. Nov. 12, in a parking lot in the 800 block of Sixth Street SW in Cedar Rapids. Matt was 26 years old.

I heard about the murder on the evening news, finding it hard to believe that something like that could happen to someone I knew. I didn’t know Matt personally, but what I remember of him, he was quiet, didn’t make trouble, an all-around good guy.

I have a hard time understanding why how someone could do that to another human being, with no regard to human life. Do they even have remorse for what they did? Unfortunately, the world may never know. Matt’s file is among 38 other Cedar Rapids Cold Cases, unsolved murders or missing person reports, since 1959.

Michelle Martinko is another unsolved Cedar Rapids murder. Michelle was in the class ahead of me at Kennedy High School. She was shopping at the newly opened Westdale Mall in December 1980, and when she went to her car, someone was waiting for her.

Several witnesses were interviewed and though there were one or two suspects, the murder remains unsolved.

I didn’t know Michelle personally, but she was a friend of a friend. The day after the murder, the entire student body walked around in a stupor, trying to get our heads wrapped around what had happened. It could have been any one of us. I think that was the first time I really thought about how precious life is.

Other cold cases include Paula Jean Oberbroeckling, who was killed in 1970.  A book was written about her, (by her friend, Susan Taylor Chehak) that includes details about the murder and the people involved.

I was only 7 when the murder happened, but I have heard about the cold case throughout the years and decided read her story, which is interesting, but sad, at the same time.

Another cold case involves a boy named Guy Heckle. He was 11 when he disappeared February 3, 1973, during a Boy Scout camping trip near the Duane Arnold Nuclear Energy Plant (now Next Era Energy) in Palo, just a few miles to the west of Cedar Rapids.

Guy’s parka was found, snagged on a log on the banks of the Cedar River, but Guy’s body was never recovered.

I remember when the Kum & Go store on Mt. Vernon Road was robbed, and the cashier, Brian Lee Shappert, was shot and killed. Brian had just started his senior year at Coe College and was working the last shift alone that night. He had been promoted to assistant manager only two weeks before.

A customer came in at 3:15 am  to buy some gas and found Brian’s body.

In the early ’70s, we moved to 30th Street Drive. I heard about Lynn Schuller, who lived further up the road, in a scary story told to me by my older brother. He said that Lynn’s husband killed her and chopped her up in little pieces, and then fed them to their pet alligator.

I was 9, and I believed it!  Every time we passed the Schuller house, and I saw the pond sitting just a few yards from the house, I thought about that well-fed alligator.

Over the years, I forgot about the story, until I read about Lynn on the cold cases page. How ironic that the “urban legend” would have materialized into a true accusation? Could someone really do something like that in Cedar Rapids?

More than four decades later, they still believe Schuller is responsible for her death, but don’t ever expect to find her body. Why? The suspicions surrounding her disappearance sounded so much like that of local folklore that even police were reluctant to acknowledge Keith Schuller could have committed such an abhorrent act.”

It is a sad thing to see so many victims, whose killers are still walking around free, and the saddest part is, they may never be caught.