I bought my mom a new cell phone today. She already had a cell phone, but it was one she only used for emergencies. Besides that, the battery wouldn’t hold a charge. 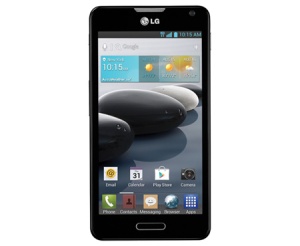 “I need a new cell phone,” she told me one day last week. “When anyone comes over to visit, they pull out their cell phones and start texting. (She said she wants to be able to text, so when they take their phones out, she won’t feel so bad.)

I don’t think everyone does that, but she certainly has a point. I have seen it myself, even from my brother, who will be 50 on his next birthday.

I nodded absent-mindedly, trying hard not to look at my cell phone, which was chiming with the news that someone has texted me.

“Maybe you should say something to him,” I told her. “Maybe he doesn’t realize it bothers you.”

“He should already know,” she said, with a disgusted look.

“Well, maybe it doesn’t bother anyone else,” I said with a grin.

At 83 years-old, my mother still hasn’t gotten used to the idea that the world is changing around her.

Fighting the urge to grab my phone, I leaned forward and said, “That’s just the way it is now. Everybody does it.”

She sat back in her chair and stared out the window.

I can read her mind. She thinks when people do that, they are saying that their phones are more important than her. And she hates that.

It’s no use trying to explain it to her. Like a lot of people her age,my mother sees only what she wants to see. But then, my time is coming, so I do my best to be patient and understanding.  I know someday I will be the one saying there is something wrong with the world. “No manners… skirts too short….hair too long….no respect.”

I was surprised when she insisted on the new cell phone.

“Are you sure?” I asked her before I walked out the door.

She nodded and gave me a smile. “Thank you.”

She was like a little kid on Christmas morning when I handed her the sleek new cell phone. Her eyes sparkled as she gently touched the screen.

I started to show her all the features that were included with the phone, but all she asked was, “How do I text?”

I’m glad I can help my mom stay connected with the world. She retreated to her own little world after my dad died, and for a while, I thought she had given up. It’s nice to see her want to connect again. Such as it is.